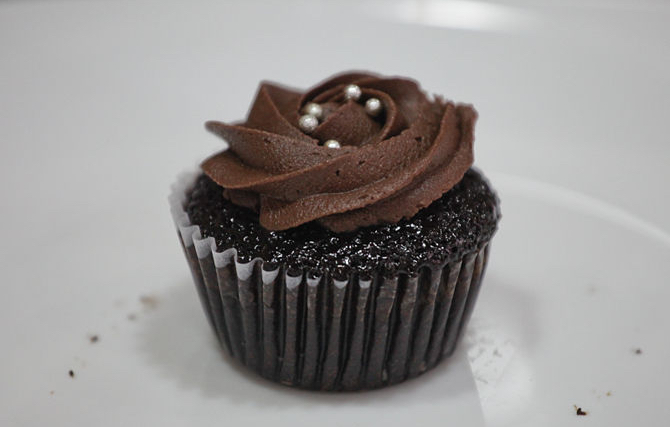 Some time ago, I went to a great running store in Fancytown to pick up some new kicks. On my way back to my car, I stopped into a cupcake shop for a coffee. While waiting for my drink, I saw 3 grown women sitting at a table around a single cupcake, forks in hand, going in for the kill.

The women were slim and fit. Fashionably attired in Lululemon and Sweaty Betty. So I’m pretty sure that they weren’t splitting the cupcakes to save a few bucks or because they were headed to a Biggest Loser weigh-in.

I know I shouldn’t judge. I don’t know their stories. Maybe they are all diabetic. Maybe they are prone to cavities. Or just weren’t hungry. Or it was the last cupcake in the case. Maybe they had each just finished a steak bomb and only had room for a bite of dessert. Who knows?

I don’t know any of that. But I do know that 3 grown women huddled around one measly cupcake is a sad sight, indeed.

I’m a distance runner. I obviously think fitness is important. And I try to eat pretty well (for the most part.). But at the end of the day, shouldn’t everything you do to stay fit be rooted in honoring your body and loving yourself? Honoring your body by taking care of it in the best way you can. And loving yourself enough to indulge in a treat when that is what you crave.

It can’t be all chia seeds and kale, folks. It just can’t. Maybe cupcakes aren’t your thing. I for one, would rather sit down with a plate of nachos over a dessert any day. But everyone has a favorite food that wouldn’t show up on an ideal fitness plan. Don’t deny yourself. Eat it now and then. And no feeling guilty when you do, either – sometimes you feed the body, and sometimes you feed the soul. It’s all good.

Reposted with Permission from Marathon and Sprint

Tina Cerrito
marathonandsprint.wordpress.com
Tina has been running for as long as she can remember. A busy lawyer and mother of 3, she still makes sure to hang up the “Gone Running” sign at least 5 times a week, in an attempt to preserve her sanity. A firm believer that life is both a marathon and a sprint, she tries to pace herself accordingly. Emphasis on “tries,” as she has to fight her natural tendency to try and run a marathon at a sprinter's pace. Pacing: it’s still a work in progress. Like her.