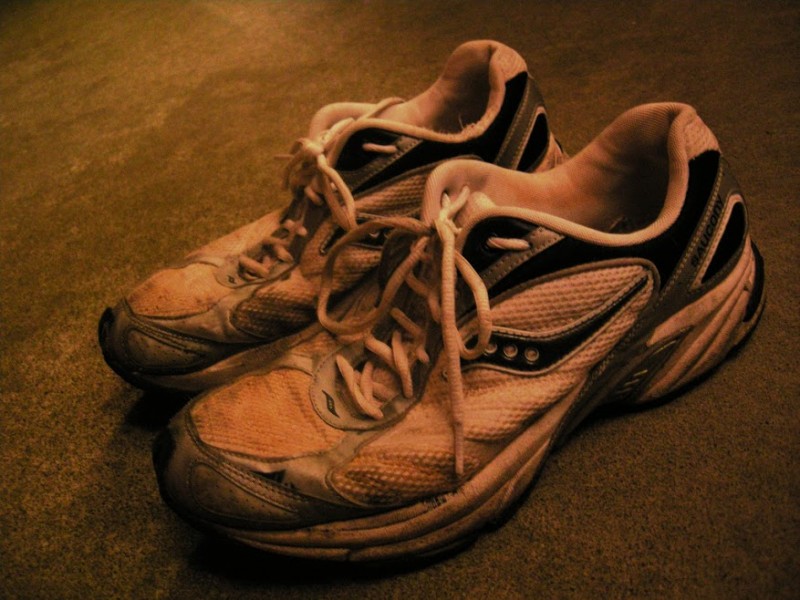 A few years back, with my stomach growing rounder and my laziness increasing, I decided it was time to make some changes in my life. No longer would I be stopping by my favorite fast food joint for that late night, double cheeseburger meal.  Frozen pizzas would no longer be in an option in my dinner plans. My solution, in addition to healthier eating, was to start exercising.

I’d been doing little workouts at home with my free weights.  Sit-ups and pushups were part of the routine but I needed something more. I needed a goal, something with a firm end date that would get me where I needed to be.

The answer to my problems was to pick up the ancient art form of running. I was going to make like Pheidippides and run like my life depended on it, spreading cheer all along my desired routes.

Okay. That was a lie. A marathon was not on my horizon. Entering a half-marathon was but that was still over a year away. And I certainly wasn’t strapping on a triathlon outfit and suddenly making my case to be the next Iron Man.

Nope. I was going to keep it simple by participating in a 10K Christmas Fun Run.

Before going further, let me say this was not my first experience as a runner. Years prior, in my formative high school years, my sophomore year was spent on my school’s cross country team. And I had run occasionally in the intermittent 15 years so it’s not like I was starting from scratch.

Still, a 10K is quite the undertaking for someone that hasn’t truly raced in years. I was three months away from the day of the race and had already forked over the $35 entry fee. I figured it was time to lace up my weathered running shoes and let the fun begin.

Run A Mile Here, Run a Mile There

The training began in earnest with a one-mile run on an all-weather track at a nearby high school. Four laps, I assumed, would be an nice way to ease into things and I could slowly build my endurance from there. My time for that first mile? Ten minutes, 11 seconds.

Now, for not consistently running over the years, this time wasn’t horrible. It wasn’t great by any means but it should be considered respectable for an out-of-shape man in his 30’s. Except I didn’t see it that way. In high school, even after I’d “retired” from cross country, I could consistently run a mile somewhere around the six-minute mark. A ten-minute mile was not acceptable in my untrained mind. How was I going to become a real runner at this rate?

Recalling the training from my cross country days, I was able to devise a plan (of sorts). I figured that would be half the battle in getting me in some sort of race shape. My ultimate goal was to be able to complete a six-mile run at some point before the day of the race and it was going to take some work to get there.

In getting myself back into shape, the first month of my training involved running 3-4 times a week. Each time out, my aim was pretty simple: Run farther than the previous session. Not exactly the best of running strategies, but it worked for me at the time. That first week I ran a total of 4 miles (between all of the sessions) and I could already feel the improvement.

It helped that I had decided to start running in the fall. Not only were the changing fall colors a sight to behold as I ran along the river (I’d moved on from the track. Running in circles can be boring) but the weather was near perfect. It wasn’t too hot or too cold. This fact helped keep me motivated in that first month of training.

I slowly began to build my endurance and distance, even including some hill work in my training. The prospect of me hitting my goal of running six miles in one session before the day of the race was looking better and better. Not only that I was feeling much healthier and better about myself. This running thing wasn’t so bad after all, despite the weather dipping into the 30’s on a daily basis.

Things were running smoothly (see what I did there). Race day was only a few weeks away and my longest run had been logged in at just over four miles. Then, Murphy’s Law took over.

First, I hit a wall. I could not get past the four-mile mark in my training sessions. At the time, I didn’t occur to me that I was actually running 11-12 miles a week. I was more focused on the daily run, urging myself on in what turned out to be a fruitless endeavor to reach six miles.

This, no doubt, led to me getting sick the week of the race. I came down with a pretty nasty head cold, one that kept me from eating and loading up on the nutritious foods I needed for the race. The sickness also kept me from running at all during the week leading up to the event. My plan was to take nice, easy runs during the week, but that also didn’t happen. I’d put on my running gear and as soon as I stepped outside my motivation left me.

Luckily on race day, I felt healthy enough to participate. I’d done all of this training and wasn’t about to let sickness and a mental wall keep me from running the race. Braving the 30 degree weather, light snow flurries, and a stuffy nose, I ran and finished my first 10k race. Sure enough, I hit the wall near the four-mile mark but I had a buddy that ran the race with me to keep me on track. He ran with me and pushed me those last two miles, helping to secure us a finish in the bottom-five. It was no matter. I had set out to run this race and did it, despite my somewhat poor training plan and last second sickness.

Did I give up after this race? Nope. In fact, I ran the very same race the next year, knocking fifteen minutes off of my time. Running had become a regular part of my life. I even participated in my first half-marathon a year later, coming in with a time of just over two hours. I continue to run on a regular basis and when I do, I think back the decision to start training for that 10k. It’s a decision I’m glad I made and wouldn’t change for the world. 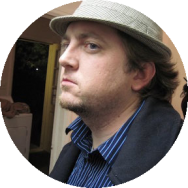 Jason Haskins
haskoy2j.wix.com/jason-haskins
Jason Haskins is a playwright and novelist living in Boise, Idaho. When not writing or running, Jason turns to his favorite sports teams (the Boise State Broncos and Boston Red Sox) for solace.